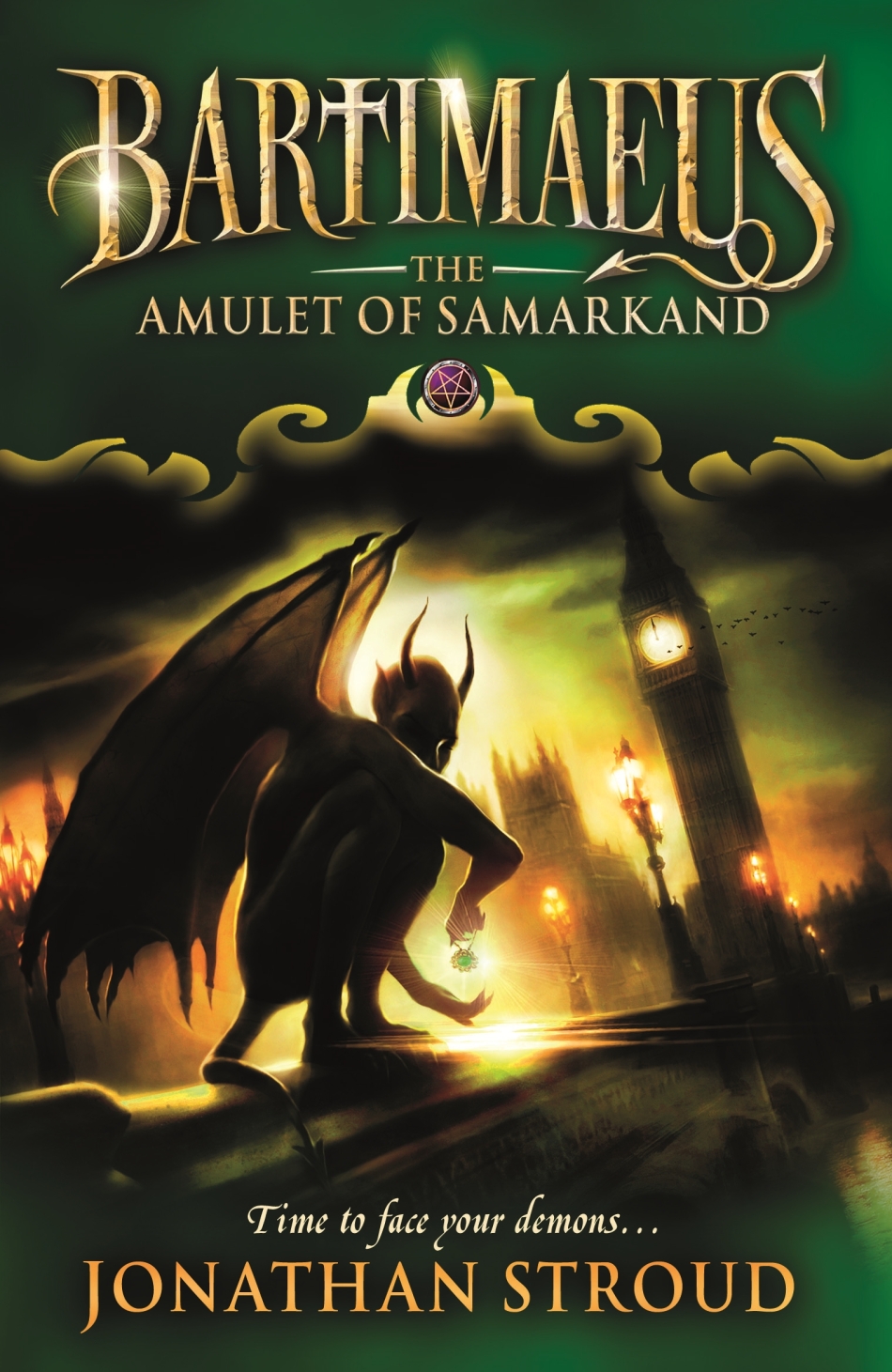 To me, The Amulet of Samarkand is a book with seemingly two purposes.

To raise and explore the insidious issues of class and elitism in society, including slavery.

And to give Bartimaeus* a platform to spew pithy, boyish, smart ass jokes.

The first of those two reasons is explored with depth and nuance in what is otherwise a fairly standard YA fantasy novel. When I read it for the first time about fifteen years ago, I was the perfect age for it to become one of my favourites.

I was almost a teenage boy, and reading about a boy from a low station be lifted up, discover powers etc. etc.

You’ve read that story before, I’m sure. As have I, but what made this one different for me was the comedy that was littered through it by Stroud.

Mostly through the voice of Bartimaeus and the interactions between Nathaniel and his djinn^.

The djinn was hilarious. The use of footnotes was brilliant and, whilst not quite up to Pratchett’s standard, they are generally funny. The footnotes are the place in the novel where commentary happens. Bartimaeus all but breaks through the fourth wall and talks directly to the reader.

Were they funnier when I was not yet a teenager and read this for the first time? Absolutely. Some of the humour is crass and blunt. That doesn’t make it bad, but my sense of humour has changed, and therefore some of the jokes didn’t land quite as well as I remember#.

I don’t think this book is for everyone& but that doesn’t mean it lacks value or merit.

Stroud tells a rollicking tale that will have you laughing through most of it, enjoying the ride and the two main characters as they bicker and bumble their way to a conclusion. The world Stroud creates is immersive and detailed, an urban fantasy landscape that is fun to exist in; the world of djinn and magicians.

If you want a book to read that’s easy (the prose is simple, and effective. No more than it needs to be) that will keep you turning the pages even as you shake your head at a joke that didn’t land quite so well, this is a book as good as any.

*A djinni and one of the main characters. Oh, and another thing this book and the others do in the series exceptionally well is the use of footnotes. Which are often more entertaining than the novel itself.

^This is another aspect of the novel that is glazed over in the first novel, however it is touched on in the latter parts of the series. The way djinn are summoned and bound is very one sided. Only if the magician makes a mistake is there a chance of the djinn to escape. Bartimaeus’ point of view gives us the truth of this and how, in thousands of years, he has been used to do all sorts of horrendous things.

#An early one that comes to mind is when Bartimaeus is tunneling through the ground as a mole and bumps his head on a pebble five times. Not the same pebble five times, he is quick to point out in a footnote, seemingly aware you assumed that, he then laments on the density of humans. Which well, he may have a point.

1 comment on “The Amulet of Samarkand by Jonathan Stroud”